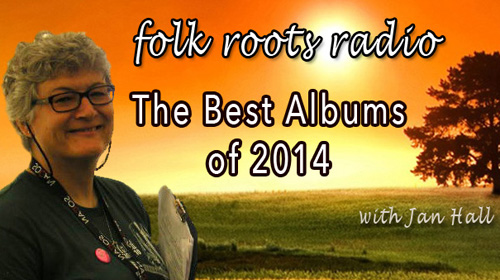 So here they are… my ten favourite albums of 2014. As you can imagine, it wasn’t easy to narrow this list down to the Top 10 which is why I’ve included the next five as honourable mentions. And to be honest, any of the albums in that group could easily have made it into my Best of 2014 on a different day. Indeed, I could easily have included another five after that… and another five after that, but I needed to draw a line somewhere which I duly did.

For anyone who has listened to this show throughout the year, most of the albums on this list aren’t a surprise as I’ve raved about them and played tracks from them throughout the year. I may be biased but I think that 2014 was a fabulous year for music, at least that which I listen to – which is folkie, rootsy and bluesy and mostly independent. And 2015 looks like it will be a great year again. The good news is that we will continue to bring fine music to you each week on Folk Roots Radio. Thanks again to all the artists who share their music with us. Without you there would be no show. And thank you, dear listeners, for tuning in each week. Without you, there’d be no reason to do a show. I’d just be sitting at home with my headphones on! 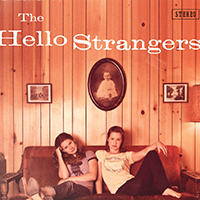 Every now and again I get sent an album that I want to tell the world about… that would be the self-titled debut by The Hello Strangers. The Hello Strangers are sisters Larissa Chace-Smith and Brechyn Chace. They come from rural Pennsylvania and write wonderful roots songs with an earthy Appalachian feel and fabulous harmonies that can chill you to the bone. Definitely my favourite album of the year. 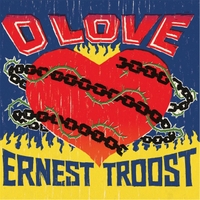 “If the Carter Family, Robbie Robertson and Alfred Hitchcock had written songs together, they might sound like this.” That’s how L.A. based Ernest Troost introduces himself in concert. What makes him so remarkable is that he’s a late arrival on the folk scene. After studying jazz guitar and classical music at Berklee College of Music, Ernest built a career as an award-winning TV and Film composer before making a name for himself as a singer-songwriter. An album of real Americana, it features widescreen story songs alongside beautiful and heartfelt love songs. Highly recommended. 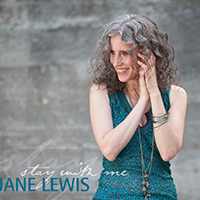 We’ve been fans of Jane Lewis since we first heard her sing. A late developer as far as recording her own music is concerned, it’s great to see her finally step into the spotlight. Stay With Me is a piano-based folk-pop-roots album that blends Jane’s crystal clear voice with songs that feature engaging melodies and well-crafted lyrics, and a gorgeous production that really allows the vocals to stand up against the beautifully well-balanced musical accompaniment. A Carol King for the 21st century! 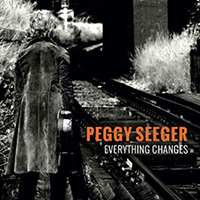 It’s hard to describe how I felt when I first listened to the fabulous new Peggy Seeger album “Everything Changes”. A refreshing blend of thought-provoking songs and styles that move effortless from torch song jazz through folk to whimsy, it was a very pleasant surprise. Recorded with a young band, Peggy is clearly re-energised. Everything Changes is an album that’s not afraid to tackle some of life’s biggest challenges – failing health, lost faculties, death and grief. The lyrics, the amazing way she delivers the songs (she really gives me goose bumps!) and the excellent musicianship on display are (if you excuse the pun) to die for. 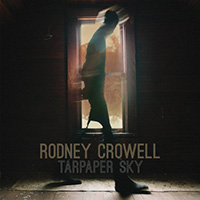 Perennial favourite Rodney Crowell’s new album was a delight from the moment I first heard it. All of the songs on the album are top drawer. Indeed, several could also make a ‘Best Song Of The Year’ list. Crowell’s easy on the ear voice and the delightful musicianship on display make it a joy for the ears, from start to finish. 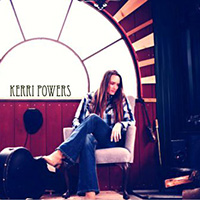 Americana – Blues songstress Kerri Powers hails from Connecticut. Her self-titled album was another surprise hit for me in 2014. A little bit country, a little bit bluesy and very rootsy… the album features eight self-penned songs alongside a couple of great covers – Janis Ian’s “Jesse” and The Bee Gees’ “To Love Somebody”. Strong songs, great vocal delivery (love that drawl) and some fine guitar work – check out some beautiful slide guitar on “Buttercup”, made it an easy choice for this year’s Top 10. The understated production just made it that more delightful. 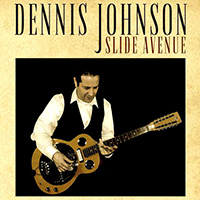 Another complete surprise for 2014. Dennis Johnson’s “Slide Avenue” moves effortlessly between genres, from Blues to New Orleans Jazz to Rock to Swing, as it takes you on a ride that stays with you long after the album has finished. Featuring three Robert Johnson reinterpretations alongside a slew of Johnson originals it’s an album with so many standout tracks its hard to pick one though “She Looks Good”, featuring some outstanding fiddle from Joe Craven, deserves special mention. 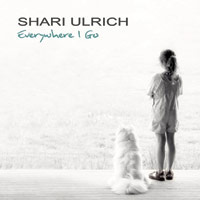 Shari Ulrich returns with an album of gorgeous songs delivered in an effortless style. An album that has already garnered a Canadian Folk Music Award for “English Songwriter Of the Year” it may be her best yet. A joy from beginning to end. I defy anyone to not want to listen to it again once it gets to the end! 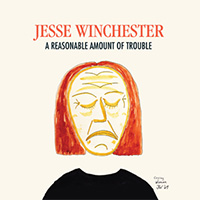 When Jesse Winchester passed away early in 2014 I think many people thought that the music had died with him. The good news is that is not the case. “A Reasonable Amount Of Trouble” is quintessential Jesse Winchester, featuring nine self-written songs that cover the whole gamut of life experiences alongside three sweet covers, “Rhythm of the Rain”, “Devil or Angel” and “Whispering Bells”. Never maudlin, “A Reasonable Amount of Trouble” is inevitably tinged with an awareness of mortality but not a drop of self-pity. Jesse plays acoustic guitar and keyboard and sings in his uniquely weightless tenor with a stellar band to accompany him featuring “newgrass” country Grammy winner Jerry Douglas on lap steel and legendary saxophonist Jim Horn, among others. The album was produced by Mac McAnally (Jimmy Buffet’s producer), who also plays lead guitar. Buffet, a huge Jesse fan wrote the liner notes. 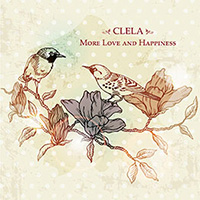 Clela Errington’s new album, “More Love and Happiness” was a big hit on Folk Roots Radio in 2014. The freshness of the songwriting, beautiful harmonies (with daughter Jocelyn Barth) and varied musical styles makes it a joy for the ears. That we were unfamiliar with Clela’s work makes it all that much more special to share her musical talent on air. Her music deserves to be heard and savoured.

Best Albums of 2014 by Folk Roots Radio on Mixcloud